Recently, at Interface, we’ve been working hard on our Ethical Investments Portfolio. Did
you know, these investments give you a better return on your investments than traditional
investments? Actually, more than that, ethical investments are so vitally important because
of the environmental issues that our planet faces.

For many of my clients in their 70s and 80s, perhaps these issues don’t trouble them (they
trouble me!) but they should, and I’ll tell you why. If you’ve got children and grandchildren,
the ethical problems that surround us will affect their future, unless we do something about
it. I believe it is our responsibility to leave this world in as best shape as we can – or there
quite simply won’t be a world here, ultimately!

Are Your Investments Ethical?

Investing in ethical projects such as renewable energy is a brilliant thing to do on so many
counts and I’m going to try and convince you to make sure that your investments are
ethical. I read an article in the “I” this morning. It said that the world could save £20 trillion
just by switching over to green power. Ditching fossil fuels and replacing them with
renewable power is no longer just nice to do it’s a no brainer!

The manufacturing costs of green energy power plants have fallen sharply whereas
efficiency has increased considerably, as wind turbines become taller with longer blades.
Components have become cheaper and more effective and solar panels convert even more
sunlight into electricity. Batteries and other forms of mass energy storage are rapidly
improving, meaning that excess electricity produced by those wind turbines (and solar
panels – another renewable energy source) can be saved in increasingly large quantities,
and used when the wind stops blowing or the sun goes in. Not only is this good for our
environment, if you did little things such as make your home more eco-energy efficient by
installing solar panels as an example, you could save on your gas bills and electricity bills
too. There’s also an advert on the radio that I hear often, saying that if everyone in the UK
installed a gas meter, we could cut carbon emissions by 45 million tonnes. If you haven’t
done your bit, I urge you to do so.

As you can hear, I’m a big advocate of ethical investments and Interface Financial Planning
has run these types of portfolios for many years. Nowadays they’re win-win for everyone
involved. For our planet, for individuals who use sustainable energy at home and in
business but also for investors. It is no longer the case that ethical investments produce less
return than traditional investments. On the contrary, over the past five years, our ESG
portfolios have outperformed our traditional portfolios in every sense. So, by investing in
ethical projects, not only do you get a good return, but you also get the feel-good factor
too!

Every time we get a new client through the door (not to mention our existing clients) we ask
them all to move to more responsible, sustainable investments. It’s three-fold for us:

As far as we’re concerned, what’s the point in investing for the future if it looks like
Armageddon?

Our Online Help System: Setting Your Life Goals and Getting Your Finances in Order

Request a Call Back 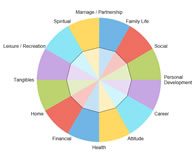 What are your core values?

How To Book An Appointment